After the Marches, Keep on Walking the Walk to Defend Democracy 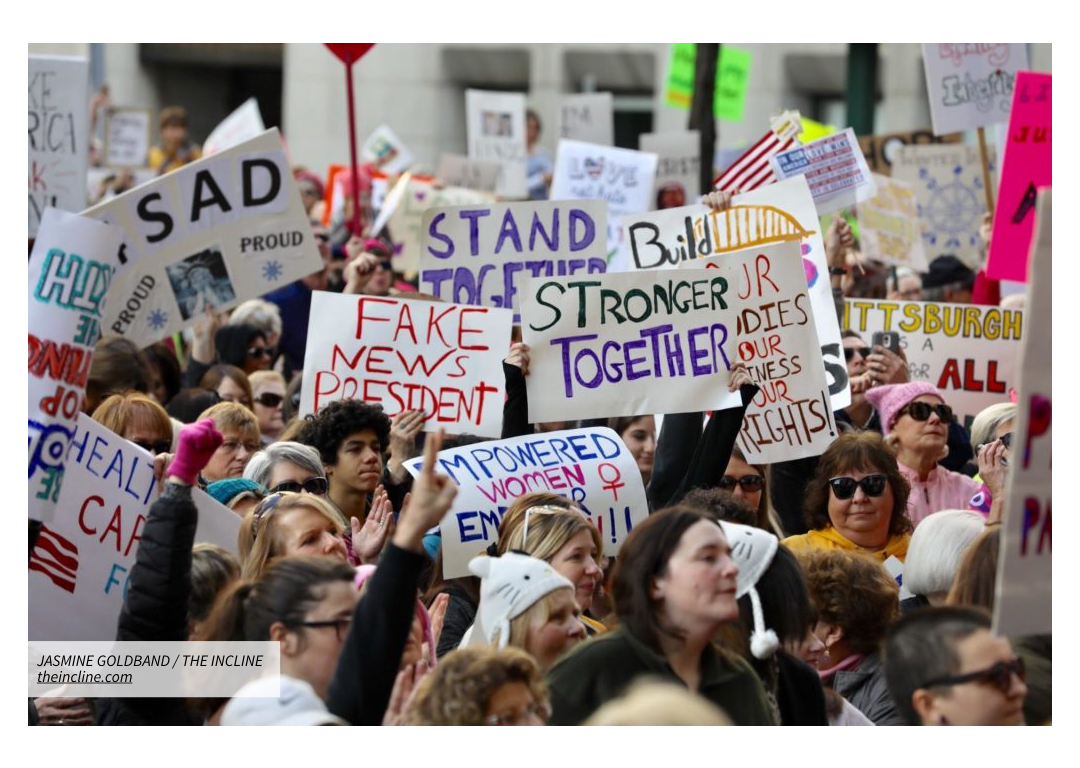 The marches across America yesterday were an inspiring demonstration of hope blooming in the face of adversity.

It was also a shining example of what’s best about social media – organizing online to take offline action, in the real world where it counts. As a result, the world witnessed a powerful and peaceful uprising of citizens determined to defend democracy.

The marches stand in stark contrast to the last two years of scorched-earth keyboard warfare and the self-segregation into ideological bubbles where fake news stories and conspiracy theories ran wild and were accepted as fact, strongly contributing to a post-truth demagogue’s ability to win despite his total unacceptability as a candidate and repulsiveness as a human being.

President Obama sees this phenomenon as a direct threat to our democracy.

“The media is so splintered now,” Obama said in 2015, “that we’re not in a common conversation. The fact is that if you watch Fox News you inhabit a completely different world with different facts than if you read the New York Times.”

We can draw inspiration from these actions (as well as our secret and public Facebook chats), but while we’re resisting the real and present danger to our democracy we should also resist the temptation to retreat into the self-defeating comfort of ideological echo chambers.

We can lead by example by not scrolling past misinformation when it’s shared in our feed (sign-up for updates from Snopes and Factcheck.org so you’re armed with reality-based information to counter propaganda and context-free memes). And most importantly, we can speak up whenever we hear people saying something harmful, hateful, or flat-out factually wrong so that racists, misogynists and bullies aren’t given free-reign to be the loudest voice in the room.

That’s what our work at the HearYourselfThink Project is all about.

We’d love to share our tools and strategies for having conversations that create insights, not political food fights, and give you a chance to practice before jumping into action. Contact us at 412-370-5247 or connect@hearyourselfthink.org to schedule a house party or larger-group training.

Let’s seize this moment as an opportunity to show that we’re still the country that we carry in our hearts.

“If you’re tired of arguing with strangers on the Internet, try talking with one in real life.  If something needs fixing, lace up your shoes and do some organizing…  Show up. Dive in. Persevere.“